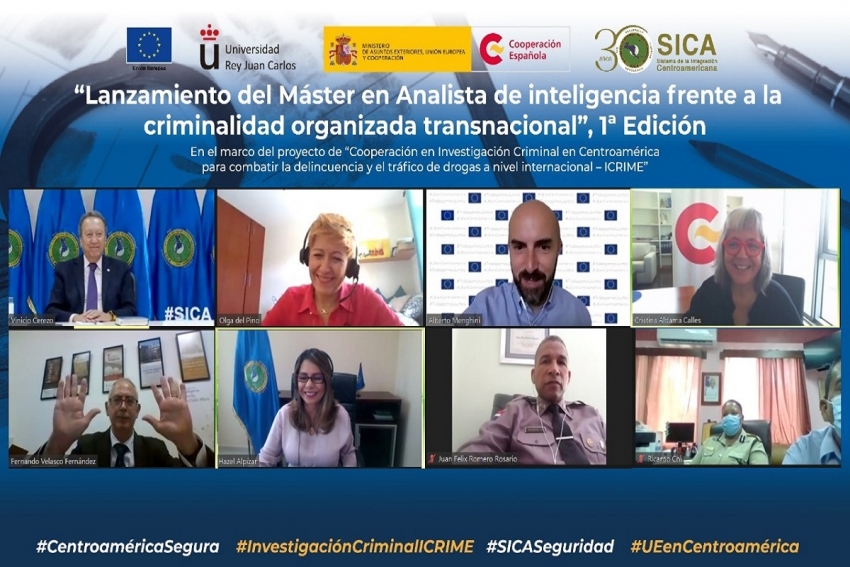 The opening ceremony of the title, which has funding from the EU and AECID, was attended by high-ranking Central American and Spanish officials

Last Friday, May 14, the launch of the first edition of the “Master’s Degree in Intelligence Analyst against Transnational Organized Crime” took place. The new title arises from a collaboration agreement signed in March 2021 between the General Secretariat of the Central American Integration System (SICA) and the Rey Juan Carlos University, for which two editions of the master will be taught, the first in 2021 and the second next year.

Senior officials from Central American countries and the European Union participated in the opening ceremony, which took place electronically through the Zoom platform. Among them were Marco Vinicio Cerezo Arévalo, Secretary General of SICA and president of Guatemala between 1986 and 1991; Alberto Menghini, head of Regional Cooperation and EU delegate in Costa Rica and Cristina Aldama Calles, General Coordinator of Spanish cooperation in El Salvador. On behalf of the university, the rector Javier Ramos and professor Fernando Velasco Fernández, director of the Chair of Intelligence Services and Democratic Systems participated, who was in charge of the presentation of the master’s degree.

The initiative is part of the actions contemplated in the project “Cooperation in Criminal Investigation in Central America to combat crime and drug trafficking at the international level – ICRIME”, executed by the General Secretariat of SICA, with the technical and financial support of the European Union (EU) and the Spanish Agency for International Development Cooperation (AECID).

The objective of the project is to improve the security of the citizens of the SICA countries, in order to contribute to the sustainable development of the region, increasing the effectiveness of criminal justice and the prosecution of organized crime and drug trafficking at the level. international, through the consolidation of joint regional practices, investigations and operations.

In each edition, 35 officials from the judicial, fiscal and police sectors will be able to apply for a scholarship that covers all academic expenses to study the Master, after which they will be able to obtain the title, with internationally certified university accreditation.

In the Era of Information: Disinformation. How to Train in Critical Thinking. Webinar April 30th at 18:00 hours.

In the Era of Information:

How to Train in Critical Thinking

The aim is to reflect on how, in a society saturated by the volume of information, today more than ever we need to contrast facts and information in order to form a critical and responsible opinion. It has already been proven that a high number of people do not know how to distinguish between a fake and a real story, a good story from a commercial advertisement or the real world from the virtual one. All of has an influence on how people think and behave, without them being even aware of it. This has ultimate consequences on the functioning of democracies. 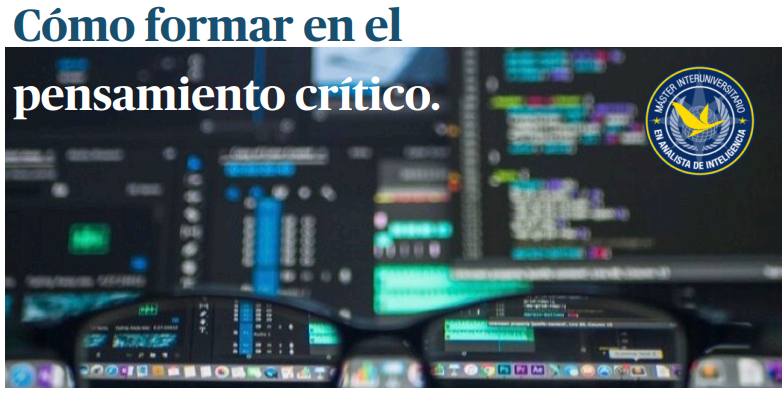 All in all, we need to equip the citizenship with appropriate analytical tools in order to help them to train in critical thinking and build own opinions based on reality. 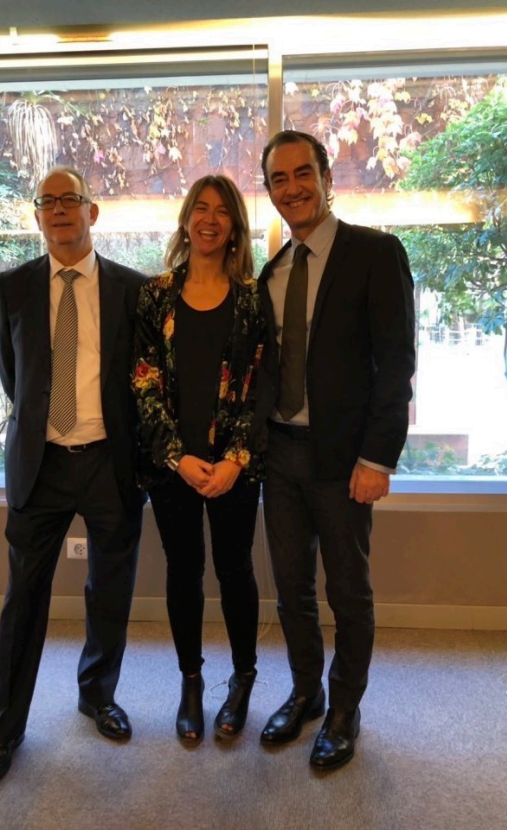 Director of the Research Centre for Intelligence Services and Democratic Systems of the Rey Juan Carlos University and Professor of the Department of Applied Economics I, Economic History and Institutions and Moral Philosophy.

Analyst specialised in Cybersecurity. Professor of the Master’s Degree in Intelligence Analyst and collaborator at the Research Centre for Intelligence Services and Democratic Systems.